THE Leveson Inquiry is uncomfortable viewing for many in the trade who are even now attempting to rubbish or pour scorn on the evidence of those directly affected by media intrusion.

There has been much made of celebrities lining up to baseball bat the tabloids, like that scene in Airplane when they form an orderly queue to take a pop at the hysterical woman.

Who tests this evidence at the inquiry? How can it be relied upon without cross-examination? Where is the letter JK Rowling suggested was slipped into her daughter’s schoolbag?

The Inquiry has succeeded in making me squirm in my seat on a daily basis, reminding me of the times I sat outside homes where I had little or no right to do so.

Most of the time I was waiting for the bad guy to appear, but not all of the time. Sometimes I was waiting for Joe Public, who was guilty of nothing more than being “newsworthy” at that particular snapshot in time. More often than not, I sat waiting for some Z-list celebrity or footballer to emerge from a club, home, or mistress’s arms.

Door-stepping is something all journalists do, not just the tabloids. Broadcast media, broadsheets and tabs together, engage in it. There’s a reason why Leveson is so populated by celebrities. We gave them the ammo, and now they’re firing it.

When newspaper executives realised they could fill their pages cheaply by simply re-running what had been on last night’s telly and by targeting celebrities, we were well on the road to the Leveson Inquiry.

Celebrity was always thus, from the beginnings of film and newspapers. Agreed. 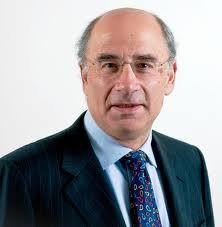 But in the modern, instant age this obsession with reality TV shows, Big Brother and I’m A Celebrity, all sounded the death knell for proper tabloid journalism.

You may believe no such thing exists. It did, before costs and “easy hits” became the order of the day.

On a Sunday paper it was not unusual to see the first five pages filled with what had been on telly the night before. I never understood the logic of this and I believe it to be one of the main reasons newspapers started to lose readers.

It filled news pages that would otherwise need to be filled by paid-for content, actual news stories that journalists had worked on and written up. Stories of import, that meant something to the readers.

If you look back through the archives this is abundantly clear in most of the red tops. They all have a rich and powerful cuttings catalogue of incredible stories exposing cheating politicians, government cover ups and hypocrisy. They shone a light into dark corners. That’s what newspapers should do.

The people who control the tabloid news industry in this country have been squeezing the life out of newsrooms for over 15 years. Fewer staff, less time to work on stories, “easy hits” and “take it off the telly.” On any given night in a red-top newsroom someone will be sitting watching the telly noting down the latest celeb drivel, before writing it all up for the next day’s paper.

As the years went by and sales plummeted, editors were being constantly told celebrities were what people wanted to read about. They were told this by marketing people who worded reader surveys that bore no relation to reality. I remember one such survey where marketeers asked readers if our paper was a car what car would it be? We were informed it was a Ford Escort with a saltire on the roof.

This was supposed to describe an everyday upper working class newspaper for the people by the people with a particular interest in Scotland and its affairs. It was evident in the think tank meeting that it had been wholly created by the marketeer who presented it. These were the same marketeers who regularly reported back that “the people” wanted to read about celebrities. The more the merrier. Meanwhile sales plummeted.

That too was addressed. “It’s the industry as a whole, we’re in decline yes, but we’re not falling as fast as that other news group, and that’s because we give them celebrity stories.”

That’s what editors were dealing with and buying into. These same people insisted over a number of years, and still do, 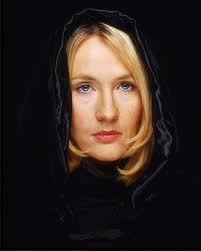 that celebrity lives and gossip is what people want in their newspapers. I disagree. So do all the people who stopped buying the papers. There was a failure to connect, or more properly disconnect, the two.

Instant media has of course played its part in the demise of newspapers, but you don’t find many exclusives on the web. Not yet, anyway. A good newspaper in this modern world will survive by printing exclusives, not teetle-tattle. The lesson has been there to be learned for some time, but now there is no money available to realise it.

In Scotland, people want stories that have not been told before. They want to know about social issues in our country and they want to know that the paper they buy is looking out for “the man” in the street.

They want a paper that takes governments and businesses to task if they act outwith their powers, and most of all they want a voice. That voice went hoarse when editors began filling their pages with the pap of a thousand reality shows.

One paper sacked a doctor who had been writing a column for over 30 years and replaced him with a TV “doc” nobody had heard of. Celebrity was now a virus spreading throughout column inches and managing to replicate itself in every aspect of a newspaper, from politics right through to sport.

This led us to where we are today, I believe. As the pressure mounted to get stories on celebrities, so did the clandestine tools which were employed to achieve these results.

From the mid-90′s on, celebs both minor and major were targeted by newspapers. Phones, emails, lovers, ex-lovers, anything and everything to fill the pages. And as tabloids became more reliant on celebrity driven news they became less reliant on the laws surrounding obtaining it.

These execs also realised that by asking private detectives to acquire the information they needed for the story, they could shorten the time it took to obtain the tale. Faster turnaround meant less expense and, ultimately, fewer staff.

Make no mistake, this was an executive driven move. Do you really believe that a small cabal of “lonewolf” bent hacks decided of their own volition to begin breaking the law, across a number of titles, independent of each other?

The incessant pressure to supply celebrity copy led some journalists to break the law, of that there is no doubt. The all-consuming mantra of the red tops, “you’re only as good as your last story”, is one that rings true on so many levels. 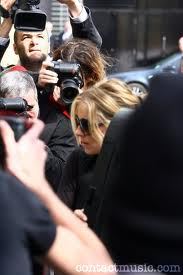 The problem here, is that when you enter into that mindset, it means last week’s story, and the means by which you obtained it, are forgotten by the start of a fresh week, when you have a new fresh page to fill. It’s an easy mindset to enter, and a difficult one to shake off.

There are journalists all over the country decrying some of the evidence given at Leveson as being one-sided and without rebuttal or proper cross-examination. They are living in a bubble that is about to burst, with spectacular consequences.

I understand the Leveson Inquiry is hamstrung by the police investigation running at the same time. It is a pity more cannot be done by way of cross-examining witnesses, especially the evidence given by JK Rowling about a letter being slipped by a journalist into her daughter’s schoolbag. Her telling of it was the first I’ve ever heard of it, which is very unusual in such a small community, where these stories invariably leak out with the passing of time.

But they are living in a bubble because within a year from now at least five people will be in jail for all of this. I limit that number because I feel that politically a lid will be put on it. Were there no politics at play in this crisis for the press I reckon at least a dozen journalists could easily face conviction south of the border alone.

Leveson also heard from ordinary people affected by the casual callousness of the press, alongside the celebrities sharing their concerns. Who got more coverage? So what lessons have been learned?

I believe Leveson, the police inquiries and the overarching scandal facing the media at this time can be traced back to the pursuit of celebrity driven exclusives and the immersion in celebrity culture of our tabloid press. Stories at all costs.

The saddest aspect of all of this is that nobody wanted to read these “exclusives.” They meant little and changed even less.